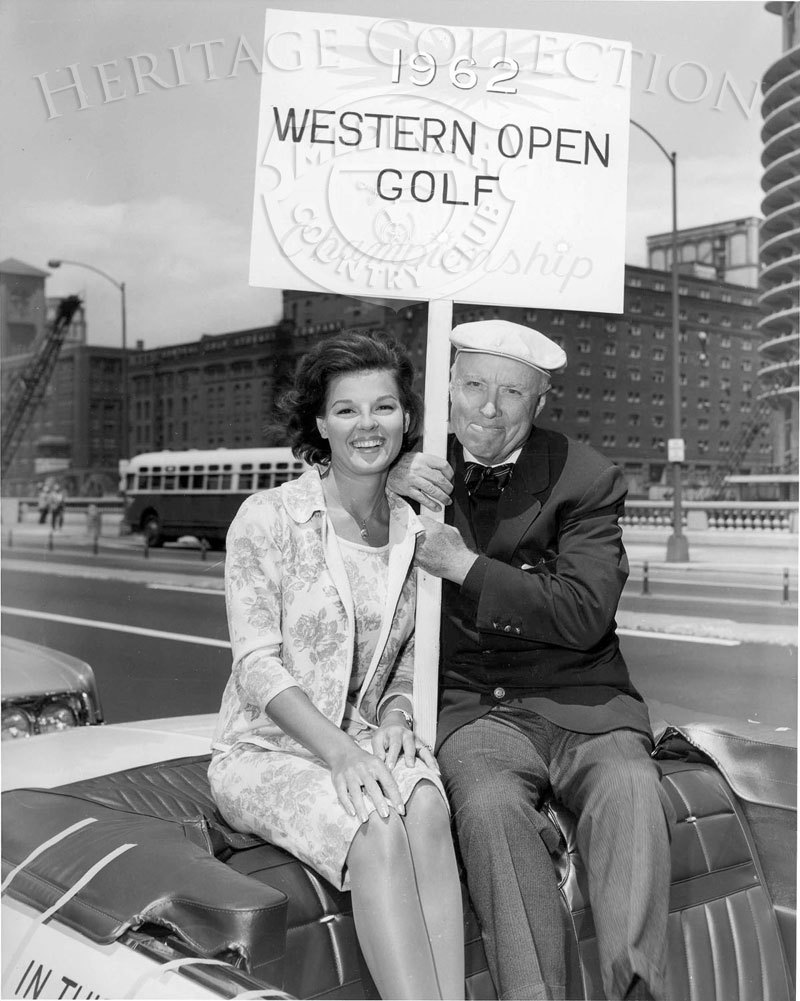 American singer and former beauty queen Anita Bryant and legendary amateur golfer Chick Evans appeared in a parade to promote the 59th Western Open tournament at Medinah. This scene was photographed on Wacker Drive in Chicago, with a portion of Marina Towers on the far right. The Evans Scholars Foundation is named for Chick Evans, who founded the scholarship organization that is supported by the Western Golf Association.