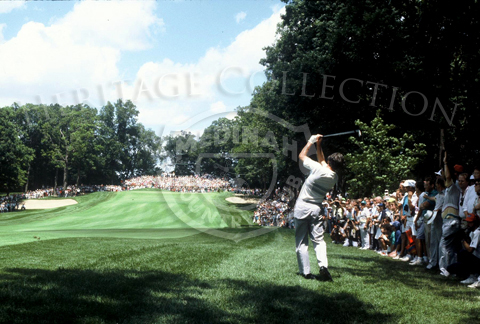 This scene captured the large gallery of people who attended the 18-hole playoff round on August 18, 1990, during the 90th U.S. Open Championship. All eyes were on Hale Irwin as he drives the ball down one of the fairways. Hale won over challenger Mike Donald, and became the oldest U.S. Open Champion and the fifth man to win the title more than twice.