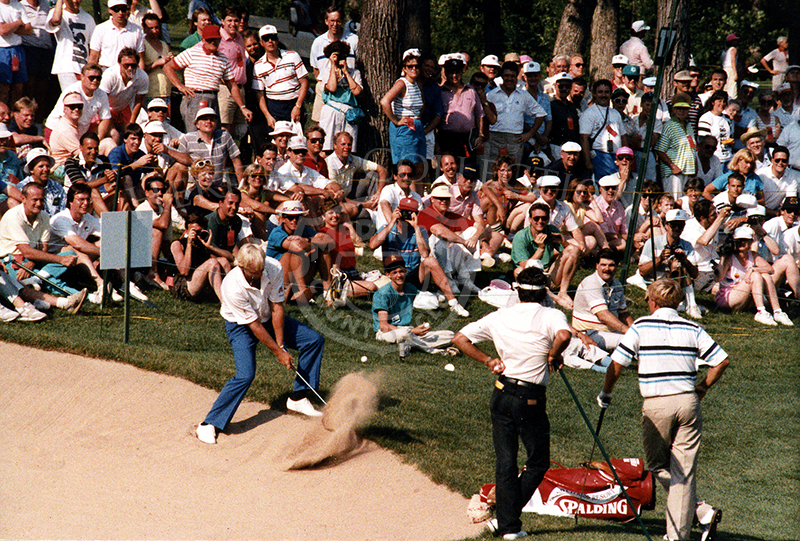 During the Fourth Round of the 90th U.S. Open, Greg Norman was in sole possession of second place, just two behind Mike Donald. Then, Norman began to stumble on the par-five 14th, allowing Hale Irwin to take over second place, and eventually go on to win the tournament. Norman tied for 5th place with Tim Simpson and Mark Brooks.