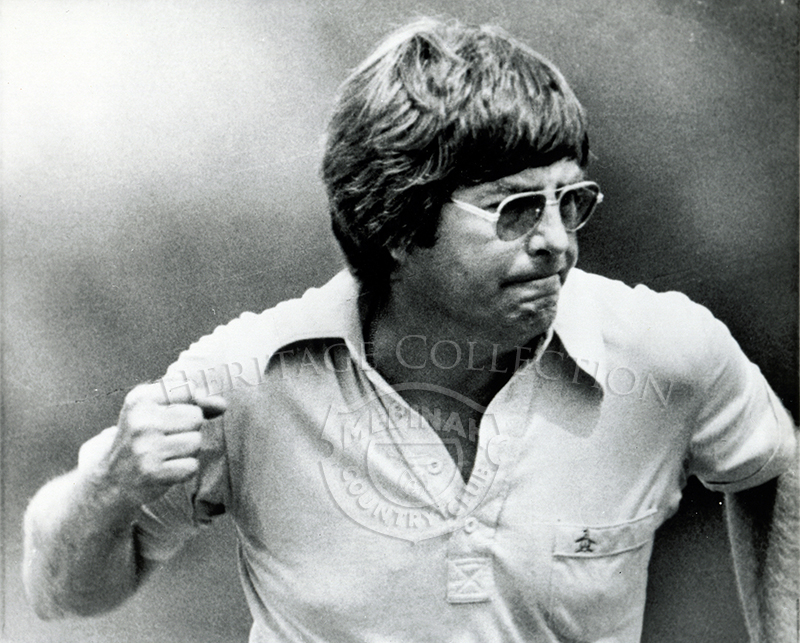 Frank Beard, of Louisville, Ky., clenches his fist and bites his lip as he sinks a long putt on the second hole of the final round of the U.S. Open at the Medinah Country Club in Medinah, Ill., Sunday. Beard retained the lead in the tournament though he bogied on the second hole.