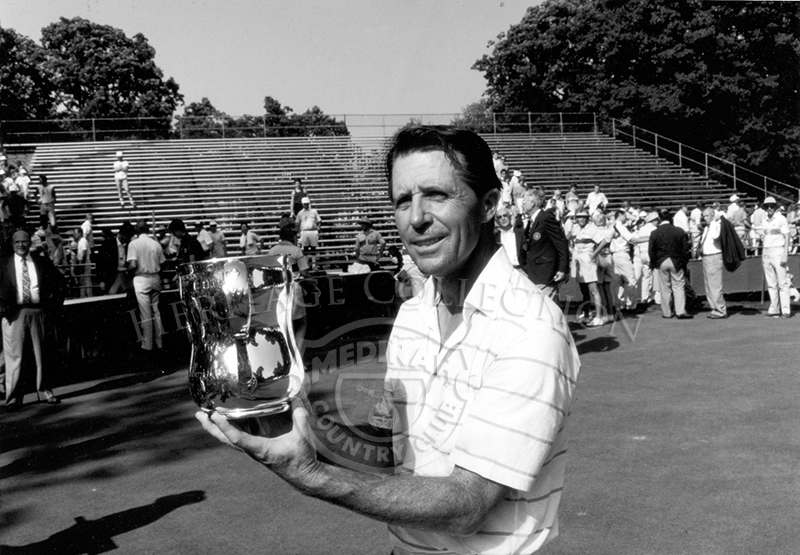 South African professional golfer, Gary Player, holds up the Francis D. Ouimet Trophy, after winning the Ninth U.S. Senior Open Championship. Player, who defeated Bob Charles in the 18-hole playoff on August 9th, was quoted saying, " I was swinging so well today that I had supreme confidence and you don't often have that in a round of golf."