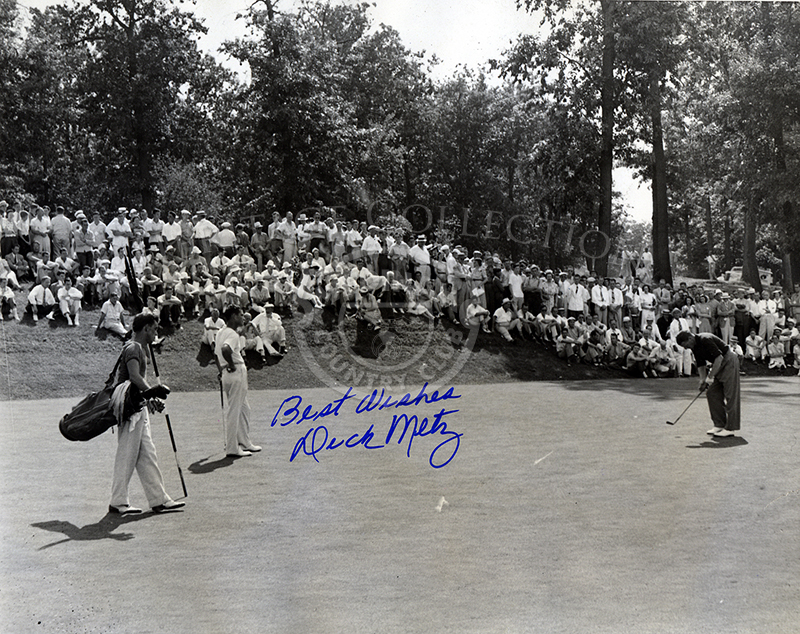 Jimmy Thompson of Shawnee-On-Delaware (right) as he sank a putt on the second hole as Dick Metz of Chicago (left) stood by during the final round of the Western Open Golf Championship at the Medinah Country Club on July 23rd. One of the largest golf crowds Chicago has seen packed the fairways to see Metz, the leader at the 54 hole mark, weaken on his last 18 and allow Byron Nelson to take the title with a 281." Byron won $750 out of the $3,000 purse. The event was sponsored by the Western Golf Association for the benefit of "Chick" Evans Caddy Scholarship Foundation at Northwestern University.