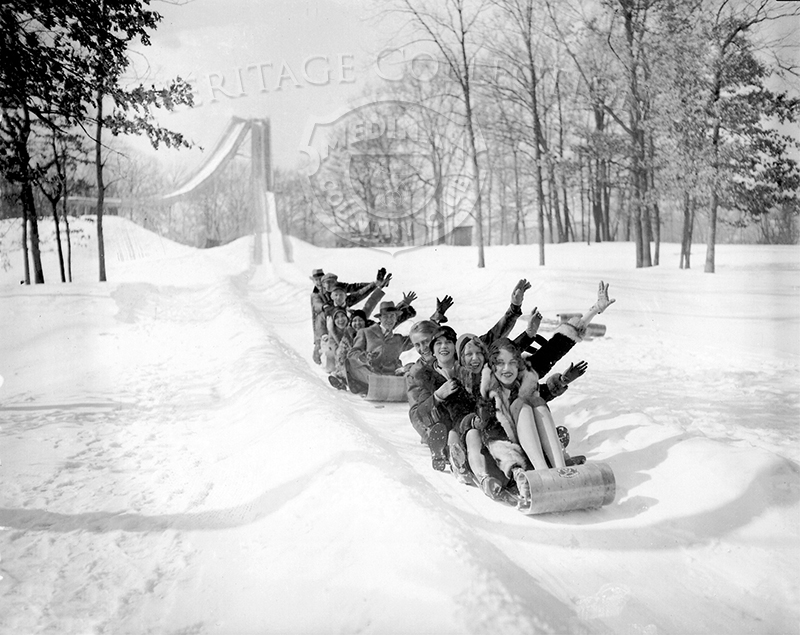 Tobogganing was one of several winter sports offered to Medinah members in 1929. The photograph was shot by the Chicago Daily News, and captured two groups of men and women on toboggans at the end of a snowy run. There were two fast slides in a V-shape on Medinah grounds, one for ski and the other for toboggans. Dating back to 1925, the slides were located west of the 18th tee, on Course No. 3. Medinah was the only country club with a ski jump and toboggan slide. The ski jump was 50-feet in height. Both were taken down in the 1950s. This image is featured in the March, 1929, Vol. 5 No.3 issue of The Red Fez club magazine, on page 16.