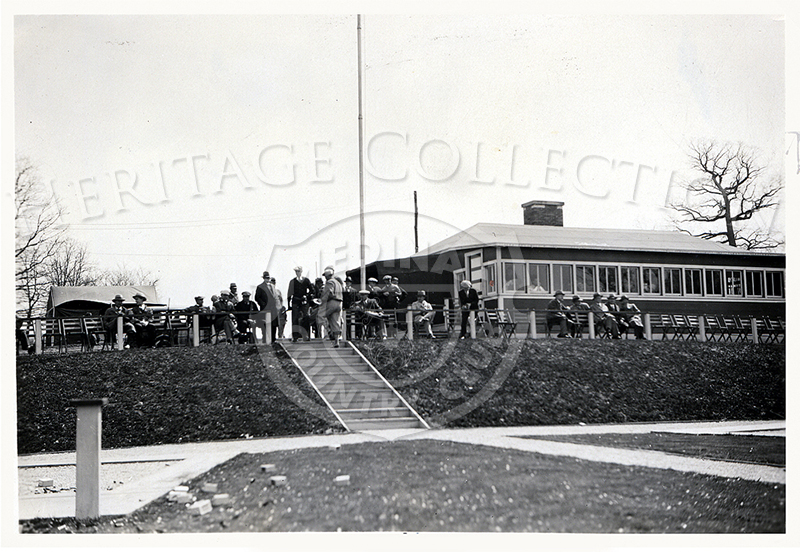 This photo appeared on page 20 in the May, 1929, Vol.5 No. 5 issue of The Red Fez. It captures guest and Medinah members outside the original gun club building on April 21, 1929, during the first West Suburban Inter-Club Trap Shoot. Eric Hall, hitting 97 out of a possible one hundred, led Medinah's five member team to victory over visiting clubs. The other clubs represented were: Brookwood, Butterfield, Elgin, Elmhurst, Glen Oaks and Maywood.