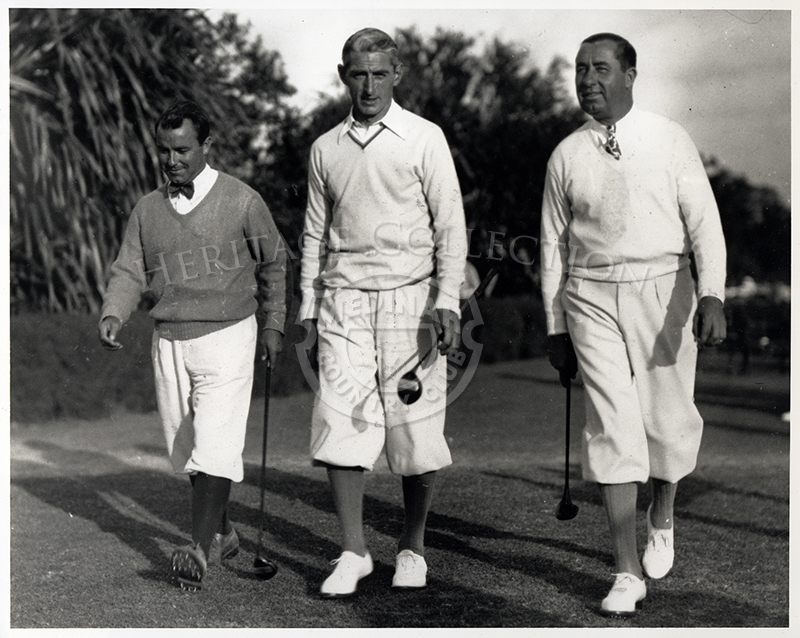 1933 photo caption: "A Trio of Golfdom's Greatest Stars - Gene Sarazen, Tommy Armour and Walter Hagen, (Left to Right), three of the greatest stars in golf, and holders of all major championships during their career, pictured at the Miami, Fla., during the Florida year-round club open golf tournament, which featured the use of 6-inch cups for the first time. Sarazen is the sponsor of the big cup for the tournament play." Nicknamed The Silver Scot, Tommy Armour was Medinah's Golf pro from 1933-1944.