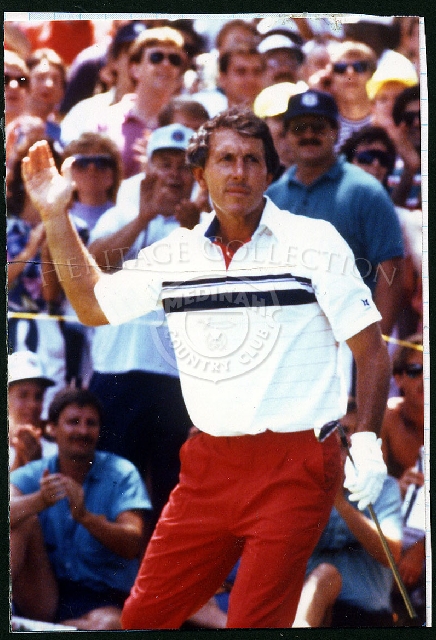 Two-time U.S. Open winner Hale Irwin waves to the fans surrounding the 18th green after sinking a 60-foot putt to put him in the clubhouse at 8-under for the tournament. The scene is from the Fourth Round of the 90th U.S. Open, which was played on Sunday, August 17, 1990