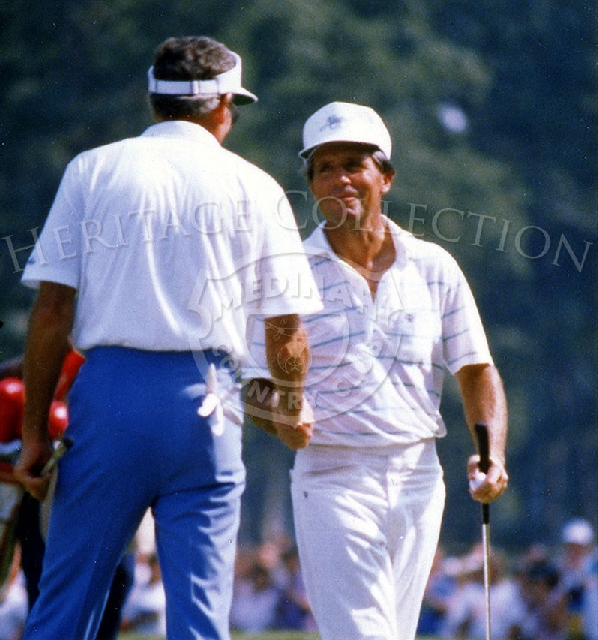 Bob Charles, back to the camera, congratulates Gary Player, after Player won the 18-hole playoff round of the Ninth U.S. Senior Open Championship. Charles had struggled on the front nine, shooting 37 to Player's blistering 3-under 33. Player held off a late charge by Charles who collected birdies at 11, 14 and 17, by birding 13 and parring the rest of the way home to claim the title and the trophy.