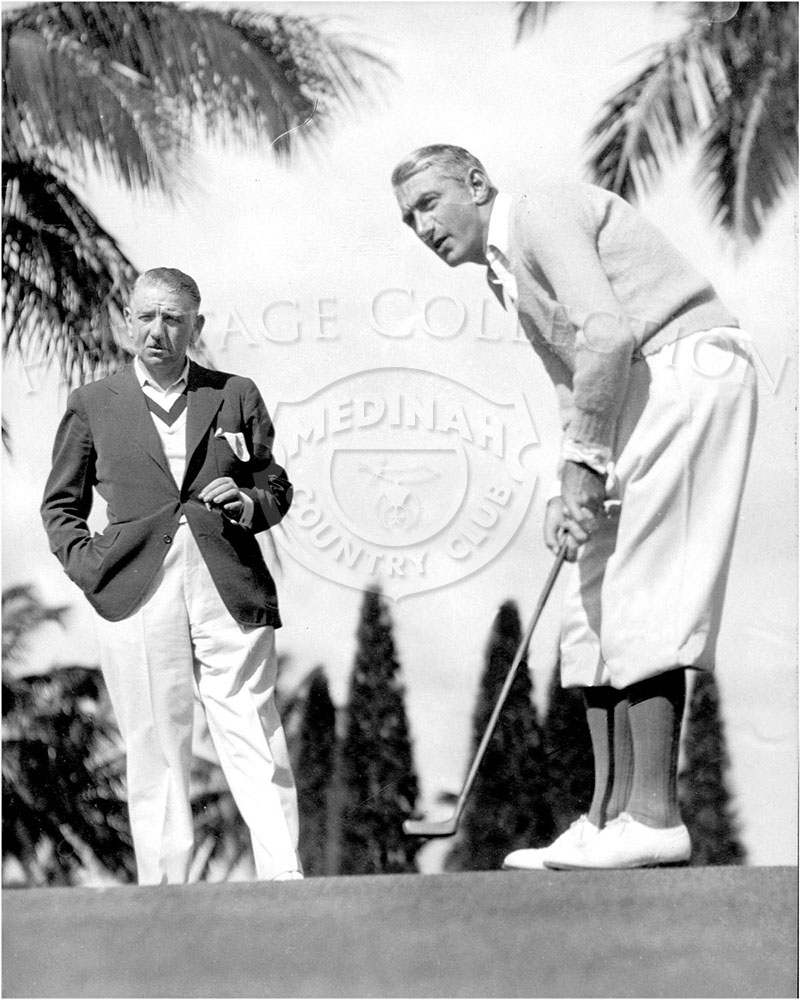 Brothers Sandy Armour (left) and Tommy Armour (right) appeared on page 20 of an issue of Medinah Country Club's monthly publication, The Camel Trail. The caption under the image by S.L. Tidgeon reads: "Above photograph shows our own Tommy and his older brother Sandy Armour whom many of our members met when down in Florida this winter. The Golf Committee understands that it is very probable that Sandy will assist Tommy this season--particularly on lessons, as he is considered one of the best golf instructors in the game. Sandy having taught for many years at English and Scottish Clubs, and for the past six or seven years at Congressional Country Club, Washington, D. C., who unfortunately are having some financial difficulties at present. We are sure that all of our members will welcome his coming to Medinah to join Tommy." Nicknamed The Silver Scot, Tommy Armour was the golf pro at Medinah from 1933-1944.