A caddie is not allowed to stand on a line behind you while you are taking your stance and until your stroke is made.

Although a player may get advice from a caddie on the shot to be played, the line of play and similar matters, the ability to line up one’s feet and body accurately to a target line is a fundamental skill of the game for which the player alone should be responsible.

We believe that an appropriate line is drawn between allowing advice from a caddie and prohibiting the caddie from being involved in directing the player in the act of taking a stance to play the ball. 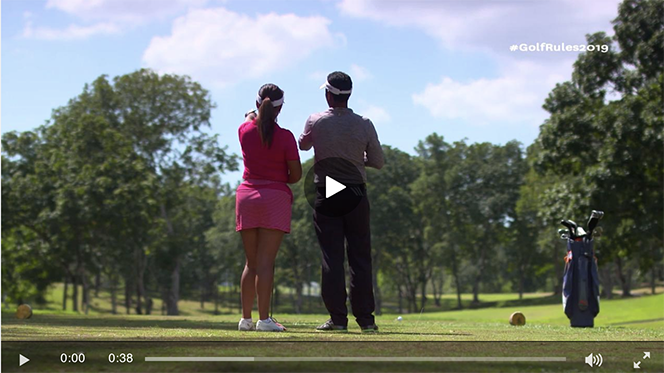 Your caddie may lift and replace your ball on the putting green without your specific authorization to do so.2019 Rule: Under Rule 14.1b:

There is no compelling reason to prohibit a caddie from performing these purely mechanical acts when the player’s ball is on the putting green.

In many places, it is common practice for caddies to mark, lift, clean and replace the player’s ball when it first comes to rest on the putting green without authorization from the player, even though this is not permitted under the current Rules.

Giving the caddie this authority is consistent with the limited role of a caddie. 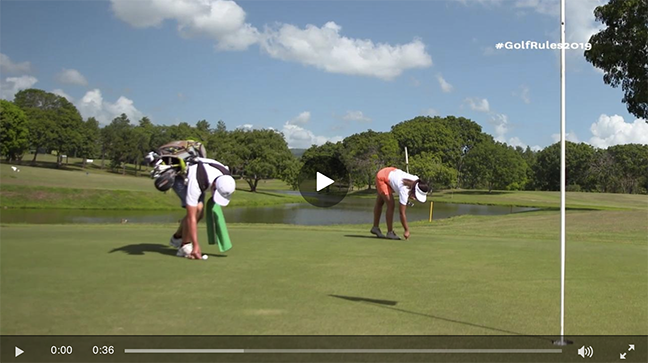 Rule – Ball accidentally struck more than once during a stroke

If your club accidentally strikes your ball more than once during a stroke, there will be no penalty and your ball will be played as it lies.

2019 Rule: Under Rule 10.1a, if the player’s club accidentally hits the ball more than once during a single stroke:

Where a double hit occurs as part of a single stroke and was not the intention of the player, it was felt unfair and unnecessary for the player to be penalized.