There will be no penalty for moving your golf ball during search.2019 Rule: Under Rule 7.4, if a player accidentally moves his or her ball while searching for it:

Rule – No Penalty for Moving Ball on the Putting Green

No Penalty for accidentally moving your ball or ball-marker on the putting green.

2019 Rule: Under Rule 13.1d, there will no longer be a penalty if a player (or opponent) accidentally causes the player’s ball to move on the putting green. 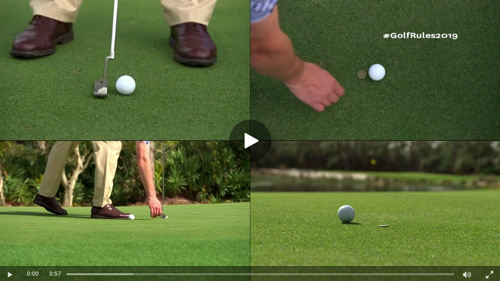 Rule – Standard for Deciding Why a Ball Moved

New standard to determine if you caused your ball to move.

2019 Rule: Under Rule 9.2, the “known or virtually certain” standard (meaning at least 95% likely) will apply to all questions of fact about why a ball at rest moved:

The weight of the evidence test is often difficult to apply in ball moved situations:

The “known or virtually certain” standard will be simpler to apply because it will eliminate most “close calls” where it is hard to know for sure why the ball moved.This Rule change also means that only the single standard of “known or virtually certain” will be used for all ball moved questions, rather than the situation under the current Rules where different standards apply in deciding whether an outside influence moved a ball or whether the player or opponent did so. 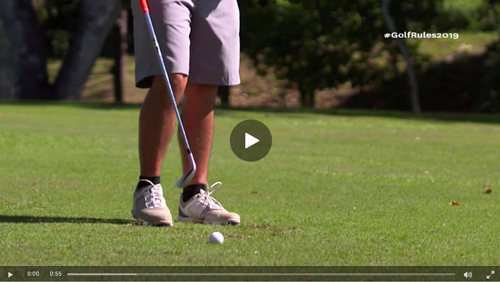 Rule – Replacing Ball When Original Spot is Not Known

When the original location of your ball is not known, replace it on its estimated spot.2019 Rule: Under Rule 14.2c, in that same situation:

Reasons for Change:A fundamental principle of golf is to play the ball as it lies; so this should mean that, when a ball at rest is moved, it should be returned to and played from its original spot or as close to that original spot as possible.When a player marks the ball’s spot with a ball-marker before lifting the ball, the original spot is known and the ball is replaced on the marked spot.But when a ball is accidentally moved, the player may not know the exact original spot:

Requiring the player to replace the ball on the estimated spot (including being required to replace the ball on, under or against any fixed or growing things it had been at rest on, under or against) will help make sure the ball is played from as close as possible to its original spot and from the same or almost the same lie.Replacing the ball on its estimated spot also applies when the player does not know the exact original spot of a ball that was lifted or moved on the putting green, and so the same procedure will apply throughout the course. 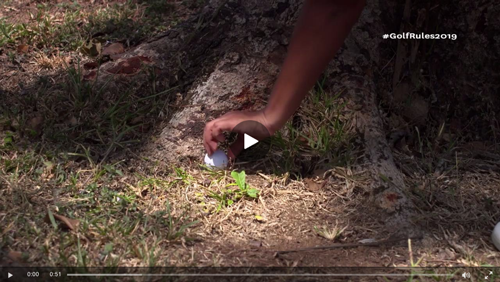